Transcendental or translimiting Music (TLM) is a type of music which is used as an intensive method for achieving deep transcendental states of consciousness by means of musical sounds. Such states may be experienced by people engaged in meditation, yoga, deep relaxation,  contemplation, different types of arts and creative work and so forth. It often happens that in ordinary life people who are far from knowing any practices, due to certain circumstances or internal processes may experience Higher transcendental states

The word “trans” or “transcendental” (from Latin “Trans, transcendens”) means – across, through, going beyond, surpassing. The word “limit” (from Latin “Limes”) means – boundary, limit, marginal rate. Let’s just say that transcendental music is the music that helps a person to go beyond the identifications and re-focus the point of awareness to the deeper levels of perception of Being that makes people more holistic, harmonious and spontaneous, and promotes a return to the inner nature of their true “SELF”.

In the structure and elements of TLM there are laid hidden principles and techniques for building nonstandard music, formed as the result of many years of experimentation with sounds and their impact on human consciousness. TLM differs from many other widespread kinds of meditation music in that it should be used as a method (technique), and not merely as background music, which is assigned a secondary role in the class for relaxation and meditation. By means of a specially designed audio algorithms and unique components of the compositions, this music due to properly observed instructions for the TLM-session, as well as other subjective and objective factors, can launch subtle mechanisms of the mind and trigger in a person various transcendental states of consciousness.

With the help of sounds move beyond the sounds themselves, beyond limits and restrictions.

“That’s where  even any uttered word or sound, or movement, or a thought that appears on the ’screen of consciousness‘ are considered superfluous and alien, as if pushing  you out of  ‘the depth of your Nature  to the periphery’”.

Nowadays, there are teachings that explain the term “transcendent,” in their own way but we will not rely on any one of these teachings and get you into the wilds of interpretations, as this may divert you away from the substance. TLM requires practical participation, and no words can express the full depth of feelings that actual practitioners experience.

It is believed that any kind of identification with the body, mind, thoughts, feelings, emotions, professional or family status, borrowed qualities and so on – act as barriers that separate man from Reality holding him dependent on all kinds of cyclical processes, physical and mental mechanisms and their derivatives. The main mission of translimiting music is to help a person overcome the restrictions and the resulting identifications and look at the inner and outer world from the position of an outside Observer. “Separate from the restrictions and conditionalities”, in this context, does not mean getting away or hiding from any problems, as the Observer mode involves a conscious presence and acceptance of things as they are, which requires a greater dedication than the struggle with the problems or effort to eliminate errors.

Instructions for TLM-session. The choice of the composition. How to listen?

The Deep Meditation Studio library has 3 compositions (mixes) with the provisional names – TLM 1, TLM 1 and TLM 3. The duration of each is 1 hour. This is exactly how long the session should last. Maximum daily frequency of sessions should not exceed 3. Recommended weekly frequency of sessions – at least 2, best of all – no less than 4. Recommended time of day is either morning or evening.  Each composition (mix) consists of 3 different tracks.

Choose a time that suits yourself best, so that nothing and no one could disturb you. Start today’s session with the TLM 1, for example. Then leave TLM 2 for the next time (another day), and alternate them every session. You should not change the composition during the session.

In the process of listening, you should not take any active part in it, i.e., you have to be a passive listener and do nothing, as the music will set the  tone, direction, atmosphere and so on. All that you need to do is to let go!

Choose for yourself the optimal volume so as any internal and external noise (e.g. – your own breathing, the noise outside the window, behind the wall, the noise of computer coolers …) would not be heard during playback. Take a comfortable relaxed position – lying on your back or sitting. The spine should be straight. If you wish so, you can repeat the session, turning on the composition twice. Eyes should be kept closed. You can also use headphones.

In a group session, the presence of an instructor is necessary and you should follow his instructions.

What sensations might arise in the listener? How to determine that TLM really works?

After 30 minutes of listening the so-called “effect of immersion” can occur, accompanied by a variety of psychophysical manifestations: in-depth regular breathing, relaxation, warmth in the body, drowsiness, a sense of flowing and release of energy, tranquility, lightness… Suchlike phenomena are the consequences of the transition of consciousness to a deeper and more holistic mode of reality perception.

So, if you want carry out an experiment, try the following:

Turn on the selected sound track, follow the guidelines set in the instruction to the session. After 30 minutes of listening to the composition abruptly interrupt it by immediately performing the following actions:

3) go to the mirror and look at your face, eyes, pupils …… . xxxxxxxxxxxx (text hidden) xxxxxxx

One could list other external psychophysical symptoms, which usually occur during or after the TLM-session, however, binding to them, and especially the expectation of these feelings can cause some strain that will result in zero “effect.” For this reason, some of the information on the specific accompanying experiences had to be hidden.

If after listening to the track, you have not noticed any changes in yourself, then try to play your chosen piece again, from the beginning to the end. Try changing the track and repeatedly play it on another day or at another time of day, if the experiment has failed today. As stated before, the above and other sensations are attendant phenomena and, if you have experienced any of those, translimiting music works for you!

What is TLM like? Which style of music it belongs to?

To describe something that does not belong to the world of words is a fruitless activity. It is best to put the track to play and directly experience what TLM is.  But still, an attempt can be made. Just to have some fun here’s a comment below:

“According to the associative perception of one of the tracks translimiting music consists of calm” breathing “sound streams, multilayered rolling modulations that pass from one sphere to another, rising and descending, enveloping everything in crystal loops. Shifting polyphonic sounds and chords gradually interpenetrate each other presenting a united atmospheric “ocean of sensations.” The other part is similar to a virtual vibrating battery of vital energy, opening up space, and consists of monotonous dynamic basis on which are strung: electronic sounds of tempura and sitar as well as echoes of peals of thunder and resonating extensive rumble. There are tracks that are very pacifying, fluid and relaxing, swinging gently your Being on velvet waves of the infinite Universe … ”  So you see what happens when you try to express the inexpressible.

All compositions from Deep Meditation Studio are harmoniously structured and require no superhuman effort to listen to. Many music lovers will find in it ambient (ambient music), but it would not be quite right to place translimiting music into frames of standard musical definitions, since in itself it is conceptually and structurally different from any other style. On the contrary, its main idea is to break free from any denominations and “labels”, which, in fact, are just conventions. Well, if anyone finds it comfortable to call it ambient or meditation music, it will not be considered a mistake.

TLM as a therapy and means for solving problems.

“Awareness is one of the most miraculous processes in the Universe. Where there is an ‘Self’, everything that was previously called chaos immediately assumes a pure regularity of pattern. “

If we consider TLM as a therapy or sound therapy, then it should be viewed not as a method of treatment but as one of the methods of strengthening awareness that opens the possibility of tracking the true causes of the disease and taking the right decisions in choosing means for eliminating the ailments. So-called “classic” human problems in the form of troubles in life, problems with physical or mental health, actually have a single source and a common nature of origin, and their presence indicates that the problems “come” to a person not by accident but that they have common points of contact. To put it simply – “If you have it, it means it is necessary for something.” People with a profound meditative attitude towards Being understand these things, perceiving also the direct connection between the inner and the outer world. For them the external world and the events taking place in it, is nothing else than a reflection and projection of the inner world. And what happens in the inner world: the mechanisms, processes, and their derivatives – feelings, thoughts, emotions, desires and so on, directly correspond to the degree of  awareness or manifestation of the “Self” *.

Human consciousness develops and evolves constantly and any internal or external processes and events occurring to a person, whatever they may be – represent a blessing, contributing to the evolutionary growth of consciousness. Such a world outlook often begins to take shape in a person who has taken the Path of self-cognition. Motivated self-cognition and sustained effort in this area is the most effective method for solving and eliminating many human problems, since it cuts off their roots, making the Existence of a person harmonious, exalted and conscious.

* When someone says, “Self”, it obviously indicates that he is talking about something or someone else, supposedly unrelated to the speaker.

The program “TLM 1” has the full name: “Nada Yoga: Transcendent Music Session – TLM 1 (Remastered)” by Gulan. The album is available for download at:

This is the most intense and dynamic program of all three transcendental music releases. Depending on the state of mind, a person chooses the necessary program to dive inside. 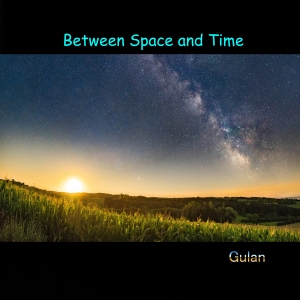 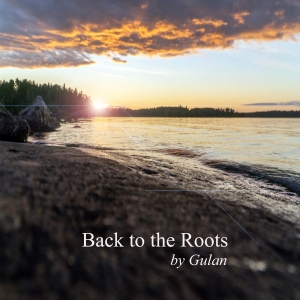